STOP Aiming For £10K A Month Betfair Trading – Do This First

Like always with not just Betfair trading but everything I’m going to call it how I see it, so let me say if you are making £5-10K a month on Betfair you can stop watching this video, you can leave this post.

Now we have the people this information is for, I can begin.

Many people who aren’t profitable yet are focusing on the money that they can make on Betfair, this is wrong.

You have to focus on the process and break it into manageable steps. My old man is a window cleaner… he doesn’t just get to the windows at the top.

He goes one rung at a time.

It’s the same with trading, if you are always chasing the big wins and the big money months you’ll always fail. Break it into manageable chunks.

I’ve broken this down into 5 stages which I will share with you now. The goal is to get to the next level.

My new videos are more detailed longer etc… therefore I’m breaking down what you need at each level….

What you need here is first to have:

Ok? Then celebrate like you’ve just scored the winning goal in the World Cup final because you’ve proved you can do it.

Some of you will say it was more luck than judgment, but if you documented every step of this process then this will allow you to repeat the steps and do it again and again.

Which leads us nicely too…

The best thing about these levels that I built are that they are progressive so you take what you learnt in the previous one and it builds into the next one.

Now, you’ve made that first trade now it gets hard. Like crazy hard because in this one you have to fit off FOMO, over staking, jumping on trades.

What you need in this level is:

Putting time aside to review your trades is the surefire way of getting better on Betfair fast, so many skip it. But when you learn about what makes the winners win and the losers lose and get real with yourself on following the plan and not making silly mistakes it leads to profit.

It also leads us nicely…

I’d say level 2 and 3 are where the majority of people reading or watching this are?

This is the hardest one to crack, when you do its a huge milestone in your trading path. It shows that you have had the discipline needed to trade and follow your plan for a full month and now you can reap the rewards.

You have everything from the previous levels, now it’s just about mindset and following the plan and sticking to one strategy, focusing on that and ignoring the noise, the shiny objects, follow your path.

Trade the games that are on your plan, analyze them and look for weaknesses.

Learn from those weaknesses and apply it.

Give yourself time to make mistakes, learn from them, time to learn, time to research.

Now you’ve had the first profitable month it’s time to get to the goal, the one we all want to be at.

Making consistent money from Betfair. This is the hardest to get to because you are battling the demons of mindset again!

That’s really it! In this I’ve given you the levels only you know which one you are at, you also know now what you need to focus on to get better at Betfair.

The main thing is you need to give yourself time to get there, when you are het up, frustrated, want it to happen sooner…

Ponder on this quote from Warren Buffet…

‘Nobody wants to get rich slow’ 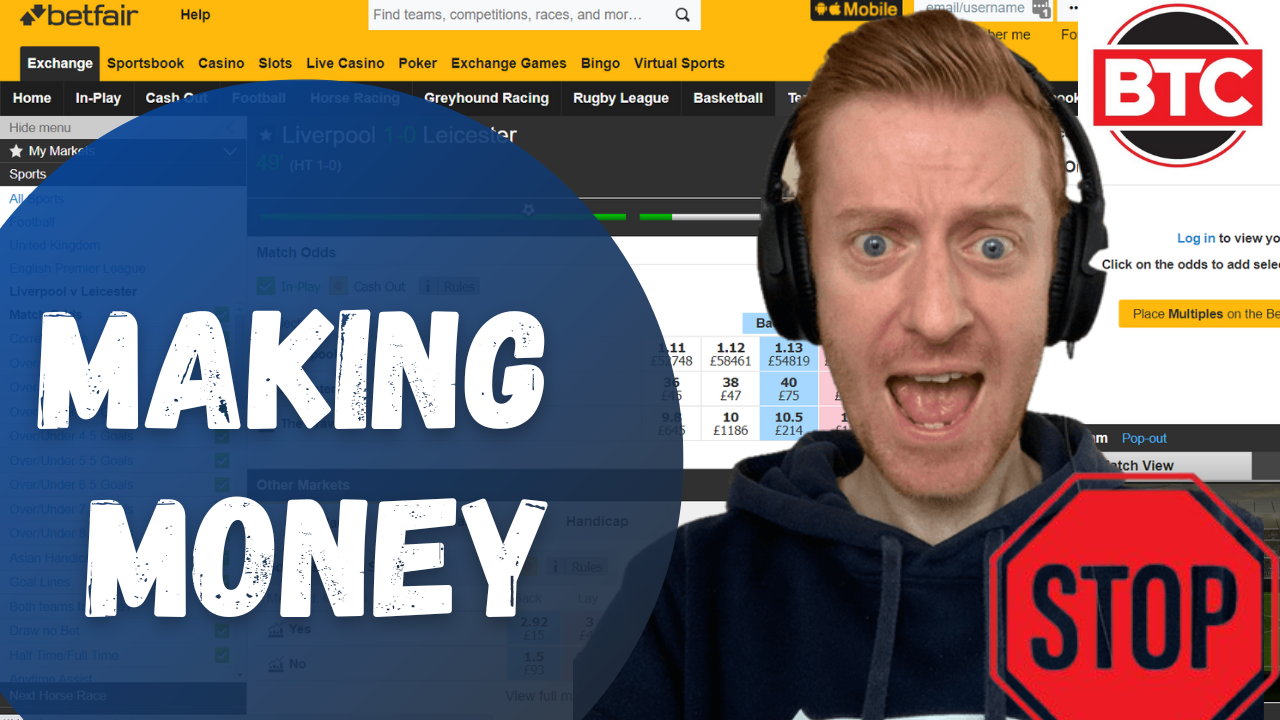 STOP! Trying To Make Loads Of Money On Betfair